14 Nisan and 15 Nisan herald a brand new season – no other BLOOD MOON Tetrads on these festivals for another 100 years! 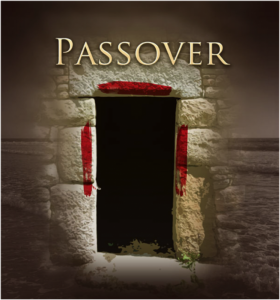 “2014 is the year 5774 in Hebrew…the year of the DOOR! A blood-covered door. A door that makes a distinction between you and the prevailing darkness. Passover – is the story of a DOOR covered in BLOOD to separate God’s people from judgment. Thus… death in Egypt PASSED OVER places where the blood was applied to Jewish doors.
2014- 5774- the DOOR to the revival is upon us.”

The question that is being asked is what now? Why is this night of Passover different? Especially with all the reports that is going on about the Blood Moon.

People are looking at the calendar and the blood moons and are thinking it’s the timing about “Rosh Ha Shanah” (The end of the world). The understanding of the season is not about the End but about the heavens declaring the shed blood of Jesus and the Lamb’s reward for His suffering.

The moon often speaks of Messiah according to Jewish sources, that is why their calendar is centred around lunar time instead of solar time like ours.

Since the luminaries according to Genesis 1 are set in the heavens by God to rule the earth, then there is a definite decree from heaven regarding the Blood of Our Messiah, Jesus Christ. Principalities and powers are being told that His Kingdom will have NO END. Heaven is exited about this special time!!

B’Olam ha-Ba – the eternal kingdom has come. This is what Katie heard them decreeing after we had shared the Passover! We have just had our Passover Passport Celebration which was a great success.

Katie had a vision that heaven was very excited about this Passover. Small prophetic groups honouring the Lord actually moves heaven. She saw a registry book recorded in heaven for all those who literally attended the weekend! Lists of names carefully written down. There was a table prepared for AGIHOS with the 4 cups even the teachings were laid out! For the purposes of God to be fulfilled, the army and family needed to come together – this family restoration and worship somehow caused the joining of the rods of Judah and Ephraim.
This brings a new day and a new thing. This pattern of righteousness that God is bringing will allow the next generation to find their way because they will see the pattern of God laid out for them in this Passover.

Gen 22 v 8
“Abraham answered, “God himself will provide the lamb for the burnt offering, my son.” And the two of them went on together.”

John 1 v 29
“The next day John saw Jesus coming toward him and said, “Look, the Lamb of God, who takes away the sin of the world! 30 This is the one I meant when I said, ‘A man who comes after me has surpassed me because he was before me.”

Gal 3 v 29
“If you belong to Christ, then you are Abraham’s seed, and heirs according to the promise”

Leaders Gathering: Be BOLD In Your STAND