I travelled with Apostle Natasha to Austria during June.  Here is some feedback from our trip:

Vienna
Our first stop, was Vienna. We were told that the centre of Vienna and all main roads were closed off the previous day because of President Putin’s visit to Vienna on the same day.

Day one, Herta, Ulli (both from Linz) and I took time to explore this magnificent city.
Day two, our most moving experience in Vienna  was our visit to “Juden Platz”.  This was the centre of Vienna’s Jewish community since the middle ages and it had one of the largest Synagogues in Europe (the remains of this foundation is now under the cube like Memorial structure).
Notice the doors, a non-accessible library . . . the walls, like inverted books . . . countless volumes stand for their unfulfilled lives & destinies . . .

Friday morning took us to Graz by train.

We were warmly welcomed by Blast Hill Ministries, the Apostolic House of Apostle Franz Lippi.

The house, beautifully set in the countryside, was where we met some amazing people from Croatia, Hungary, Romania & Slovenia.  Apostle Natasha had a wonderful ministry time with the leaders of the House as well as the pastoral couple Elizabeth and Werner Seebacher the pastors of the church.

On Monday we where taken for a tour of Graz by one of the elders of the church, Gerhard Schmidt with Kinga, and Elizabeth, he took us up to Sclossberg Castle on top of a bastion overlooking the city to pray.
We also went to the Mayor’s Chambers at the “Rathause” and spoke a blessing over the city and its people, calling them into their redemptive purpose. Graz was a unique experience because we are see God’s plan for the region with a functioning Apostolic House. Ministry time was very rewarding because the members are used to apostolic ministry. People are hungry for teaching on bloodlines and courts, they were also very interested in the trading message.

At Hause David, with  Juliana Bosma and her team, it was just like returning to old friends.

Their hospitality was outstanding. Howeve,r no time was wasted as Apostle Natasha was put to work very quickly. Their hunger for more revelation and impartation was exciting.

The incredible change in the spiritual atmosphere over Austria, the last 3 years, was very evident.  We took some amazing photos of Apostle standing in a ripened wheat field; the time is drawing near for the end time harvest.

During the whole trip there was such a travail on us and the other intercessors that we really experienced the Lord’s heart for the nations. Austria is very central in the whole European landscape. We trust the Lord to open His new doors of opportunity for Apostle Natasha and the House of Ariel Gate as we received invitations to come to other areas.

A special thank you to all the intercessors who prayed diligently and everyone who followed and encouraged us.

To God be all the Glory.
Amen 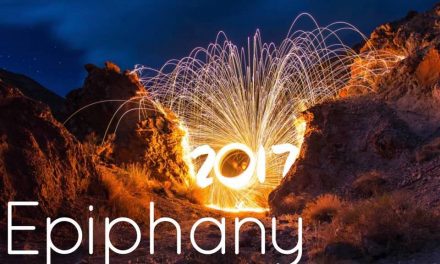