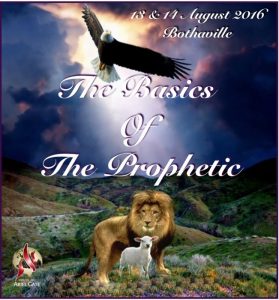 The event offered great revelation and wise strategies to the 18 regions from South Africa who attended, and not forgetting Lesotho.

These 18 regions were prophesied over during the fascinating last session and we believe these 18 regions can expect to see positive transformations according to the prophetic words which came forth… as the LORD accepted our repentance.

Bothaville included, thanks to the faithful pressing in by Johan and Fransi and their different effective teams. Corporate worship was significant and used by the LORD to move much sovereignly in the spirit.

Sharon encouraged all who attended to:

Many were activated and made to feel included as part of the corporate Kingdom army/team, during these sessions, according to their different giftings from Holy Spirit in these different ways and areas of perception.

Bothaville’s unique hospitality at kitchen and other (looooooooooong) tables made for awesome and enriching, encouraging, joy-filled family fellowship where new relationships were forged and existing ones were strengthned.

So THANK YOU, Johan and Fransie for the well prepared Kingdom platform from which Sharon could bring her annointed prophetic school teachings.

THANK YOU Sharon for that! It was well worth the trip to Bothaville!