In October Apostle Natasha was invited to visit Bulgaria and speak for Apostle Angel Peltekov in his church in Plovdiv. Fransi and I were privileged to travel with her at this really significant time. Plovdiv is recognised to be one of the oldest existing cities in Europe and has a rich history. We had a brief, very fast tour of the old city which was built on 7 hills, like Rome.

Apostle preached three sessions in this church and was able to begin to read the scroll for the city and the nation. It was the 16th anniversary of this ministry and we were there on the 16th October 2016 – a real divine appointment.
The number 16 speaks of a spring, an eye or vision.

Bulgaria as a nation has all 33 of the world’s different mineral hot springs. It was so incredible to see Apostle open up the revelation of this for the church, city and nation. Fransi had a very important prophetic word concerning a new well that needs to be open that would be indigenous and not imported. Such destiny sitting over this nation just waiting to be released and administrated. 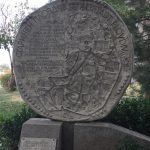 SUMMIT: The Return Of The Fire On The Altar