Apostle Natasha explained that Passover is an appointed time and that the appointed times were set by God for us to give testimony.  We should be testifying to principality and powers of the goodness of God and of the tangible presence of God in our lives.  We each need to be an ark of testimony.

It’s a good time to re-evaluate our relationship with God to make sure that we are ready to leave behind the old and the comfortable to move into the promises of God. Especially in this years Passover!!  We in a pivotal time and things are about to change and move along swiftly.  Are you ready?

One of the seers had the following vision:

“I saw Apostle Natasha standing on a tall tower on an island surrounded by thick fog. She blew the shofar and called frantically north, south, east and west. As you called ships came in through the fog. The word after the vision was that God said “be still and know that I am God”.

I saw Apostel Natasha again on the tower but I also saw an angel with a sword of fire and as the ships came in he started making a circle of fire around the island in the water. I saw some of the ships made it into the circle and some not. Behind the ones that did not make it was the enemies ships and they were destroyed by the enemy. As we prayed and called them in, I saw people taking up their shofars and started climbing the tower stairs to their respective platforms in the tower and started joining Apostle in the call.

We prayed and repented again and I saw the people started lifting their right hands to the angel to signal for him to wait and give more time before drawing the fiery circle in the water. The calls became louder and and a strong wind came up and filled the sails of the ships and the people that was asleep started to wake up and row hard. The word that came was that a lot that was last shall be first and visa versa. Then we prayed again and the word came for people to interlock and form a rope with three strands that will not be broken. It started looking like a strand of DNA and that every one needs to take up their place as “leaders” as The House of Ariel Gate is a house of leaders. Then the rope formed a wheel around Apostle and the leadership of The House of Ariel Gate. I saw strands connected to Apostle from each person in forming the wheel.  We then prayed for unholy soul ties to be broken, where I saw a fire consuming the whole circle and what was left was a wheel of steel with much less spokes connected to the inner circle. The word was released at that moment was that it is everybodys’ job to cover the leaderships backs and to take up their place and that their prayers in needed to empower the leaders and that the protocol works in the way that the outer circle needs to send power through prayer to the inner circle and not the other way around as to draw power and energy from the inner circle. The we prayed again and Apostle mentioned something about “firehouses” and bad stewardship, where I saw the altar of fire of The House of Ariel Gate. The was a branding iron with the house’s stamp on it. I saw the stamp being stamped on each “firehouse” and it demolished every house to the foundation where the mark of the stamp was burning in the ground. At some of the “firehouses” I saw an altar of gold rising from the mark of the stamp and for some nothing arose and all that was left was ashes. The “firehouses” with the golden altars produced spiritual currency in the form of golden staves. I saw the bank vault of The House of Ariel Gate being filled by the golden alters. I then saw a table with a lot of locked boxes. Some had names of strongholds, some had names of countries, some had scrolls and some had jobs that needed to be done. The angel said we could have any box as long as we could pay the price for the box.“

Apostle Natasha decided, after hearing this vision, to follow God’s instruction and released the firehouses leaders.  She will hear from the Lord on how to proceed with restructuring the house in this new season. All meetings will still proceed as per normal – nothing changed regarding those.

This was a good example for all of us, on laying down what is necessary to follow God’s will for the promise in the new season.

We finished the meeting with a feast of lamb…

Looking forward to the next 50 days till we meet again for Pentecost… Surely not to be missed!! 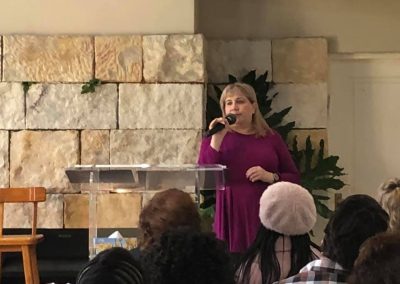 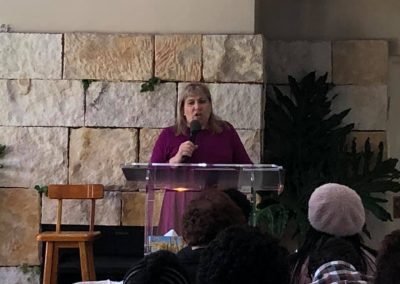 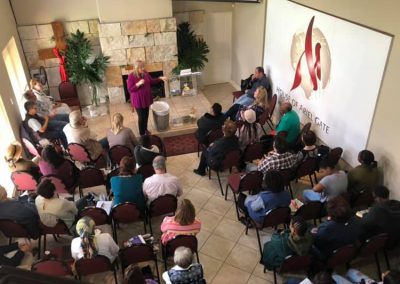 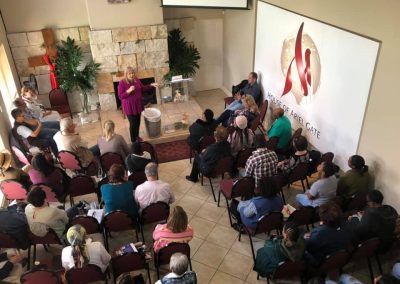