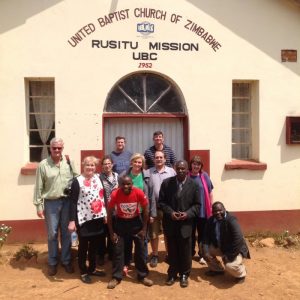 What an amazing privilege to be part of the team to travel to Zimbabwe earlier this month. Apostle Natasha Grbich, Fransi and Johan van Wyk, and myself travelled from South Africa to join with Mark and Shirley Swannack and their team to pray specifically at the Rusitu mission in Chimanimani area. This is the mission station to which Rees Howells and his wife Elizabeth came in 1915. What we did not realize fully is that we were standing in a place of convergence. Rees Howells came from Wales and was greatly impacted by the Welsh revival. He was uniquely prepared through his own journey with God to carry the fire of the gospel to this place. His life was a journey of consecration and being a living sacrifice. Before leaving for this call he and his wife again again were challenged regarding their total commitment to the Lord. As they responded to this call they knew that they would have to leave their baby son behind in Wales.

The mission station itself was started in 1897 as part of South Africa General Mission which was under Andrew Murray. It is interesting that both of these men carried a governmental anointing and had great vision for the nations and generations. Immediately the Howells arrived from Wales they began to hold meetings and saw the conviction of the Holy Spirit fall on people. There are still amazing stories that are remembered from this time. It is said that when they began to worship, fire could be seen on the church roof. Also in times of worship people would be seen dancing on top of the church, they were seen by eye witnesses in the village to be caught up with the Lord. This move of God spread to many other mission stations. Many were saved, healed and delivered in this time. Rees Howells had a real passion for healing and saw many healed during the great flu epidemic. In fact no one with in the mission died of the flu. This was a part of the great testimony to the people around.

The mission is right up in the mountains and from here you look over almost directly into Mozambique. We were told that during the five years of their stay the east wall of the church fell out three times. This area over looks Mozambique. That was the Holy Spirit’s mission call to go out and evangelise this area. In fact, the first missionaries sent out into the region were imprisoned and some even martyred in Beira. The old church was destroyed in the 1980’s but has since been rebuilt using much of the original stone. The old pillar bases can still be seen.

In this place Apostle Natasha set the Zimbabwe Fire House in place under Mark and Shirley Swannack. We had an amazing time of prayer with them and their team. There was a pillar for each one of them to stand on representing the five fold ministry. Afterwards we prayed with the leaders from the school and mission who were hosting us for the day. We also met the school children and were blessed to have them sing to us. We were able to speak and pray for them which was awesome. The potential within these young people could change a nation!!

Back in Bulawayo (the next day), we had breakfast in the Bulawayo club, and we were given access to the board room. In this place where so many decisions have been made that affect many African nations; Apostle Natasha fired Shebna on the 22 September 2016 and decreed Kingdom rule over the nation. At the same time Apostle Natasha called the leaders into position. This session was straight to the point, absolutely on target and really quick. Brilliant strategy that flows from the wisdom of God is always amazing to watch!!

Apostle Natasha never sets the outcome but waits to see what the Lord will do. He is always over and above whatever we might expect.

1) On the night of the 22nd there was an earthquake in Chimanimani. The exact time was 22h05! No damage but a measurable response from the Lord.
(News: http://www.zimeye.net/latest-earthquake-rocks-chipinge/)

2) On the 23rd the combined Church of Zimbabwe issued a statement. In fact they came back into their governmental position in the nation, and the voice of the church was released.
(Attached below)

Exciting times! We all have had a part in this just by praying, giving, serving, supporting etc. Glory to God!

Open letter to the President of the Republic of Zimbabwe, His Excellency R.G Mugabe

We the undersigned church based organizations, noting the deteriorating political situation in the country, worried about continued curtailing of people’s freedoms by your government, concerned about the socio-economic crisis that has reached levels that threaten survival of the helpless masses and ultimately peace of the nation, disturbed by the increasingly restive populace and the brutal show of force by state machinery, do call upon you Mr President to:

1) Humbly admit before God and the Zimbabwean populace that the country is in a dire situation that requires an extraordinary collective response to rescue it from a total collapse that may trigger a regrettable spontaneous civil unrest.

2) Open up for national dialogue in the light of the above.

If you fail to address these issues by September 28, we will be forced to exercise our democratic right to petition Parliament to impeach you.

We also want to appeal to your conscience to repent before God for having presided over massacres in Matebeleland during mid 1980s, maimings, torture, abductions and killings that have become a part of your government. On the basis of the prophetic mandate endued on the church, we warn that God’s judgement is imminent if you will not repent. Also, be reminded of the word of God which says that he will punish the children because of the sins of their fathers down to the third and fourth generations. We pray that your children will come to the knowledge of the Lord so that they escape from the curse associated with your sins. 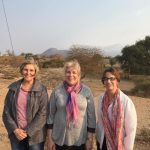 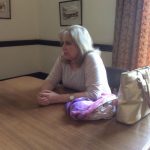 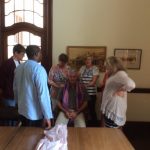