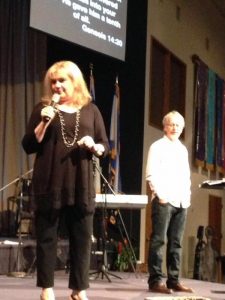 What a privilege and honor to serve in the House of Ariel Gate this year, in particular!
It was just before America’s 2016 presidential election when Apostle Natasha Grbich arrived in the USA. The timing was so strategic for Apostle Natasha to come and bring the word of the Lord.

Apostle Natasha first spoke in Shreveport on the Sunday just before the Presidential election, (date of the election was 8th November). She reminded us that according to Philippians 3:20, we are first Citizens of Heaven and that we must vote accordingly, as it is in Heaven.

This word citizenship or conversation also means community. In the Greek, this word is “politeia,” where we also get our english words ‘politics’ and ‘policies’. She spoke about the voting process – that we actually vote for or against on earth, as it is, or is not in Heaven –that we actually do vote in our hearts, but we must also physically do the voting by going to the polling station. Our vote must agree with God and His policies.

This message was so powerful and so encouraging! It was so well received into the corporate Body of Christ- there was such a unity and exhortation to stand and trust the Lord

The annual gathering of the International Coalition of Apostolic Leaders was held in Dallas, Texas. Apostolic leaders spoke from many nations on current events and issues. Beloved ICAL founder, Dr. Peter Wagner had passed away earlier this year and there was a memorial service held in his honor. Several “Fathers of the Faith” such as Dr. Bill Hamon, Dr. Charles Green, and Apostle John Kelly spoke of the amazing things the Lord has done in their beginning years in the ministry, how God has never failed them, and how He has brought them through. There was such an amazing impartation of God’s love and wisdom from these “Father’s!”

The African Apostolic Alliance held a meeting at one of the ICAL sessions. Apostle Joseph Adefarasin led the meeting. There was discussion that the African Apostolic leaders have a conference possibly around June 2017, and perhaps in Johannesburg. The House of Ariel Gate was asked to plan and to organize this conference.

The final post conference meeting was held with the Council members, Apostle Natasha was invited to give input where many senior apostles discussed the presidential election. Many discussed the persecution for Christians taking a stand, while many leaders in Europe only received liberal media and were somewhat confused. The input Apostle Natasha gave saying “America is like the prodigal son.” America has had everything and yet sold out her inheritance and lost her identity. This election is about the return of the prodigal son to receive his inheritance and identity of the Father- this was not a vote for a man, but for the policies and purposes of God and taking her place in His Father’s house. The USA was literally getting her original DNA back.

Apostle Natasha was invited to speak to the young adults with Global Force Ministries in Houston, Texas. The word of the Lord was a sobering message was not only for this young generation, but for all of America.

Judges 2:20
“Then the anger of the Lord was hot against Israel and he said: “Because this nation has transgressed My covenant which I commanded their fathers and has not heeded My voice, I will no longer drive out before them any of the nations which Joshua left when he died”.

Apostle Natasha challenged this next generation and it’s a decision they must make, are they going to be a generation to ‘hear’ and to ‘hold’ what their fathers and forefathers have carried thus far – and will they take a hold what their forefathers have received to then pass it onwards to their children and grandchildren for the future?”

This message was a challenge not only for this next generation, but to the nation of America. 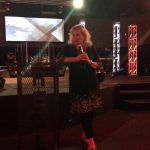 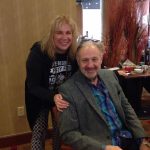