We are grateful for having had the honour of hosting Apostle Timothy Carscadden on 05 May 2019. As Kingdom Embassy House, we would like to express our thanks to Apostle Natasha Grbich for granting us this opportunity. To say that Apostle Tim’s visit was a good one is just an understatement.

Being a newly birthed ministry, at its “gestation stage” as Apostle Tim said, this was a divine appointment set by heaven for us. We felt a definite shift in the spirit , and as leaders we understood that, not only was the ministry registered to operate on behalf of heaven on earth but there was a definite alignment with God’s agenda specifically our city of Durban, South Africa .

The Spirit of God through Apostle Tim, spoke a Word for Kingdom Embassy House and individuals that were present,  leaving us with great excitement for what the future has for us if we were to partner with Heaven, and partnering we have! We also understand the responsibility we now have to contend for the manifestation of the prophetic words and to walk out what was released to us .

Apostles Tim’s visit brought about confirmation and clarity of our kingdom  mandate as a House . He released fortitude in us and encouraged leadership to “stay in the narrow and humble path.” We know that we are in God’s divine plan. Amongst others the 318 anointing (Genesis 14:14) was released over the House.

Apostle Tim got to pray in a former Islamic prayer room which has now been transformed into a place of fellowship for Kingdom Embassy House. There was also clarity given there as to what the ministry had to deal with in the spirit that was established in that room.

We believe in God’s intentionality with us and have already begun to see His mighty arm at work. Just a week after hosting Apostle Tim we saw the beginning of the fulfillment of some of the prophetic releases concerning the City . The Apostle said “The Lord says, “Watch, not many days from now, there is going to be a shaking in this area, something that will be profound and it will be a sign to you . The change has started. Mark it down. Watch for those things to happen.”  Literally,  days after this, the eThekwini Mayor handed herself over to the Hawks to face corruption charges .

This was a significant  marker for us to press in for all that God is busy doing to ensure that His word will not return to Him having not accomplished His preordained purposes for us. We received Winds of Change for Kingdom Embassy House, guests and the City. We are expectant for more.

Apostle Tim planted a seed in the womb of Kingdom Embassy House, this seed will in due season grow into a huge tree, under which our city and province will find refuge, protection and comfort. We are eternally grateful. 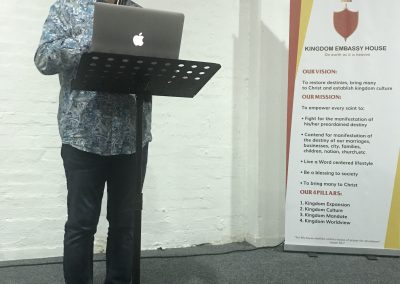 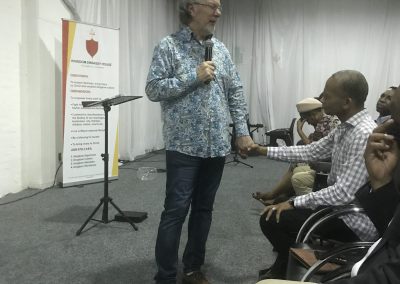 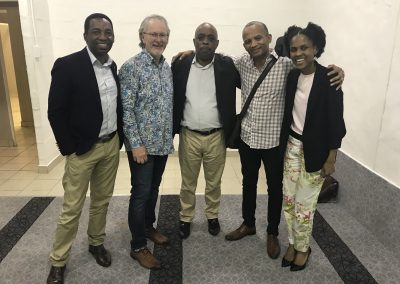 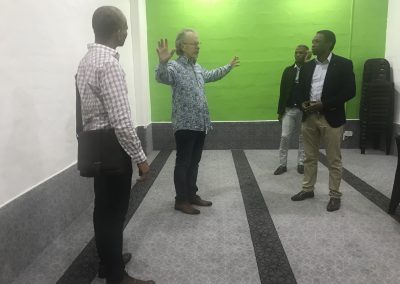 The Mouth Of The Lord Has Spoken It…